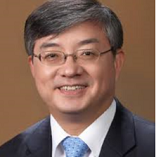 Ambassador Yeonchul Yoo has served the Ministry of Foreign Affairs for more than 30 years. Prior to his appointment as Ambassador for Climate Change, he served as Ambassador of the Republic of Korea to the State of Kuwait and as Ambassador and Deputy Permanent Representative at the Korean Permanent Mission in Geneva, Switzerland. Ambassador Yoo has consistently involved in the environmental issues.

Within the Republic of Korea’s Ministry of Foreign Affairs, he served as Director of Environment and Science Division and the Energy and Climate Change Division, and he was the Director-General for International Cooperation within the Ministry of Environment. He became the Ambassador for Climate Change in 2018. He received his Bachelor’s Degree in Political Science & Diplomacy at Yonsei University, has completed the Foreign Service Programme at the University of Oxford in the UK, and received his Master’s Degree in International Relations at the University of Reading, UK.